Tagline
He found peace, he found love, the war found him

The Accidental Rebel is a tense drama about a young musician who flees the Syrian civil war to attend university in Germany. Soon, though, his idyllic life is shattered by the news that his rebellious older brother has been captured by the army, and he leaves his German best friend and pregnant Icelandic wife to sneak into Syria ‘for a few days’ to try to rescue his brother. But nothing goes according to plan, and the conflict he sought to escape threatens to destroy not only him, but everyone he loves.

Randa Chahoud, born into a Syrian-German family, studied directing at the German Film- and Television Academy Berlin (dffb). She had internships with photographers, stage designers, and participated in courses by Michael Ballhaus at Martin Scorsese’s shooting of GANGS OF NEW YORK. As director and writer of the ZDF Science Fiction Series IJON TICHY – RAUMPILOT (D, production: Sabotage Films, broadcaster: ZDF) Randa Chahoud was nominated twice for the Grimme Award (2008 + 2012) and won the German Television Award 2007 (Newcomer). In 2017 she directed the ZDF-Neo Drama-Series BRUDER – SCHWARZE MACHT (D, production: Aspekt media, broadcaster ZDF-Neo). Additionally, 2005 she was a Berlinale Jury Member for the Peace Award.

At the moment Randa Chahoud has just finished the post production of the historical spy-thriller TV-Series DEUTSCHLAND 89 (Amazon Prime, release: autumn 2020) and is co-creating with screenwriter Arne Ahrens the SciFi-TV-Series PROJECT GOLIATH. In autumn 2020 she will start shooting LEGAL AFFAIRS, a new Drama-Series for the broadcaster ARD.

Actor and musician Jonas Nay made his international breakthrough in 2015 with the highly acclaimed television series DEUTSCHLAND 83 which was sold in over 20 countries. Other works include Burhan Qurbani’s drama WIR SIND JUNG. WIR SIND STARK. (We are young. We are strong.). Then followed the German-Polish co-production UNSER LETZTER SOMMER (Summer Solstice) and the TV drama SCHWEIGEMINUTE (A Minute’s Silence), that premiered at Filmfest Munich 2016 and won over audience and critics alike.

Jonas Nay was born in Lubeck in 1990. He finished his Pop and Jazz piano studies at Musikhochschule Lubeck and now regularly performs with his band “Pudeldame”. When he was 13 years old, he started his acting career with the children’s crime series 4 GEGEN Z. He played the part of Otti, a clever boy who solves mysteries together with his brother and a group of friends.

Jonas Nay won numerous awards for his work as an actor, starting with the Globe Silver Award for the series 4 GEGEN Z in 2005. He also received a lot of praise for his first leading role in a film, his portrayal of Jakob Moorman, a victim of cyber bullying in Kilian Riedhof’s drama HOMEVIDEO (2011). He was awarded with the acclaimed Grimme-Preis, Förderpreis at Deutscher Fernsehpreis, BUNTE New Faces Award and Günter-Strack-Fernsehpreis as best Newcomer.

For his portrayal of Martin Rauch in DEUTSCHLAND 83 he received another Grimme Preis, as well as the Deutsche Fernsehpreis for Best Actor and the Golden Nymphe at the Festival de Télévision de Monte Carlo followed 2016. 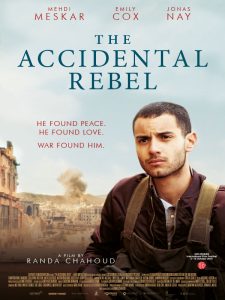