An uptight rafting instructor loses his clients to the dank waters and dark forests of a river valley pregnant with the paranormal. Bound by the roots of their pagan past and submerged in unconscious passions: do they want to be saved? Read more 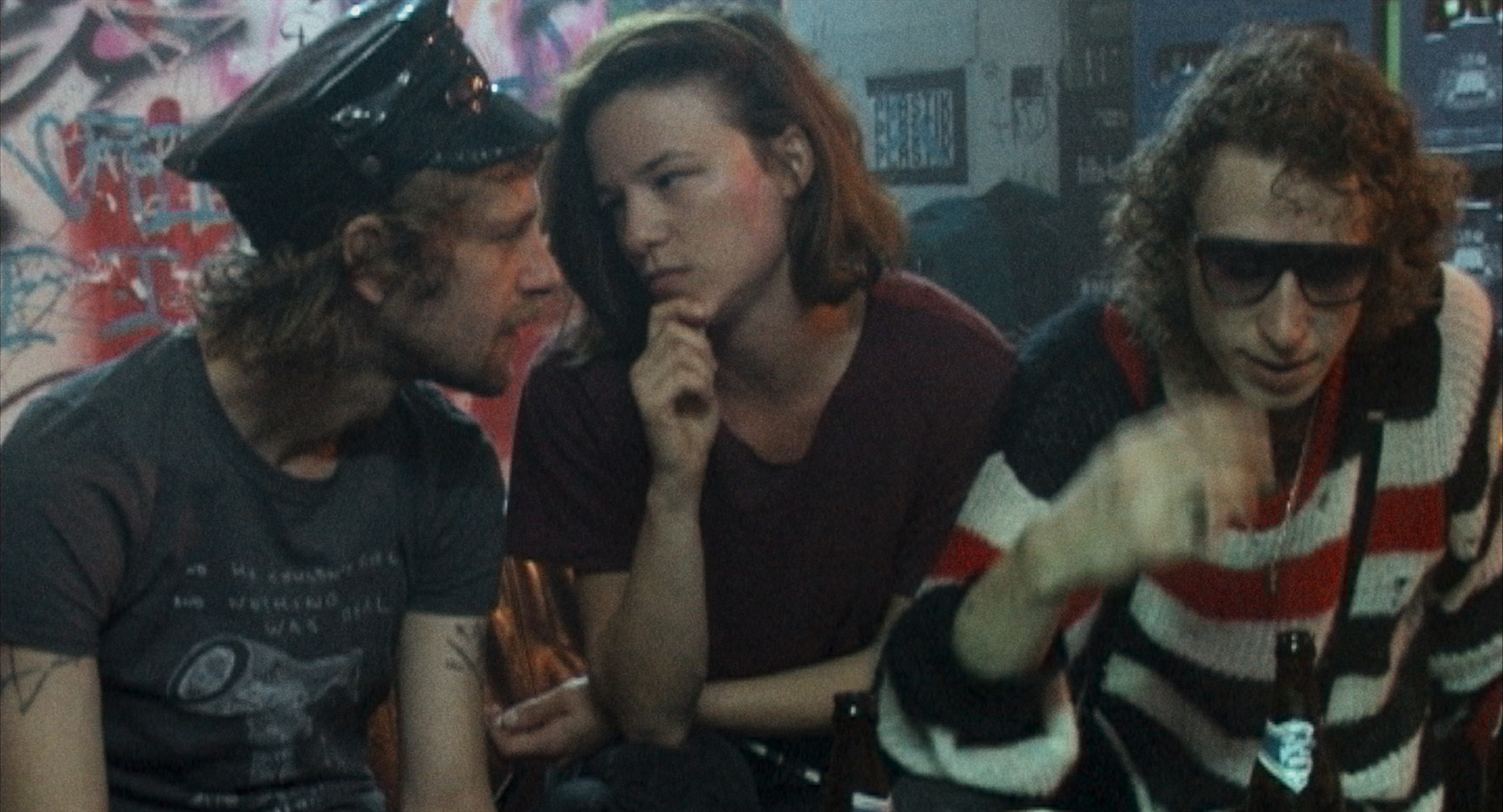 ANNA is a young woman who loves music, drugs and her friends. She’s struggling against the need of becoming a grown-up and tries everything to avoid reality – until a sudden accident disturbs her familiar routine. Read more

Level Up Your Life 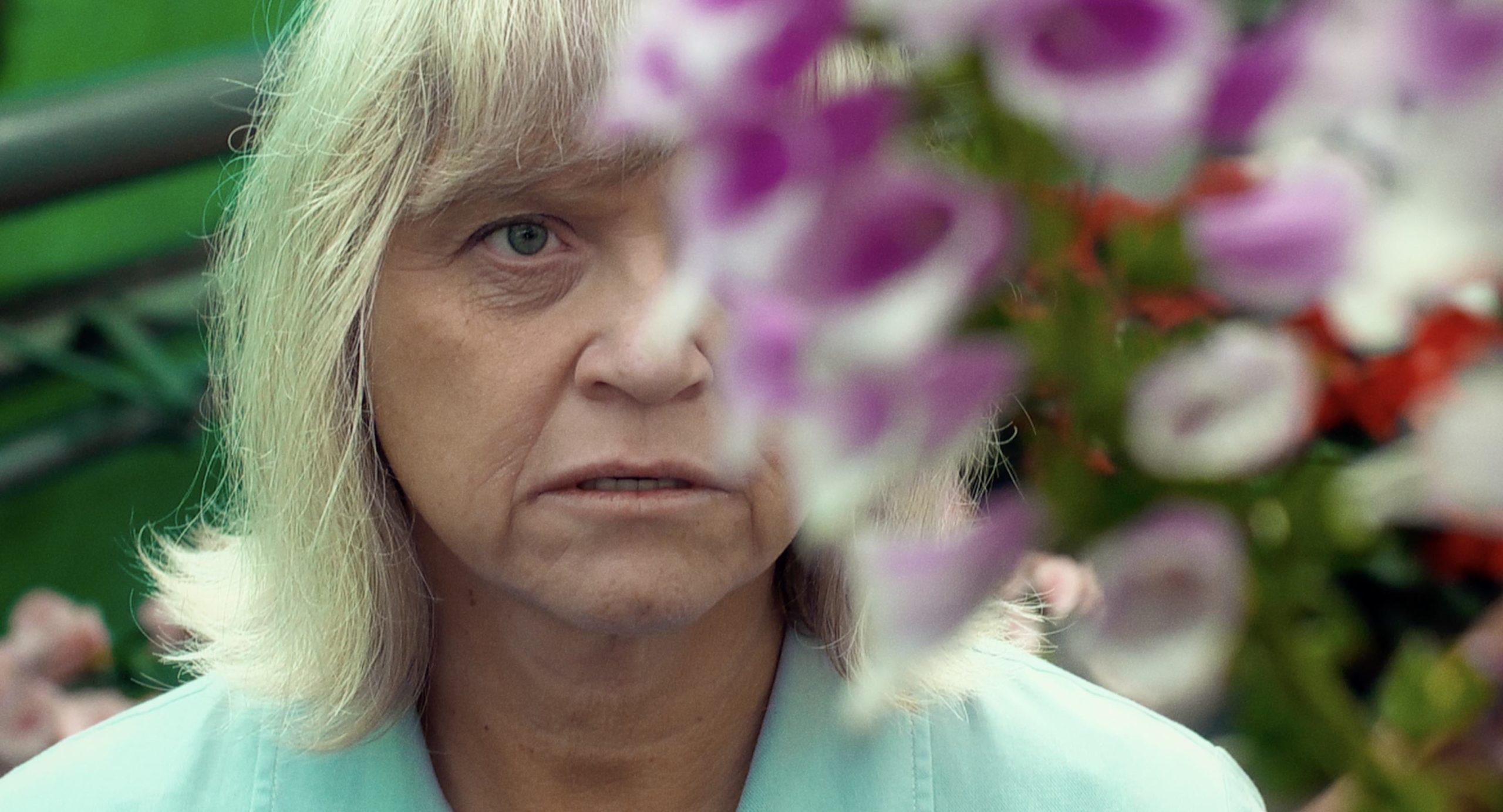 The life of Evelyn Moeller could actually be quite nice, if it weren’t for her boss who enjoys making her everyday work a living hell. But murder isn’t a solution – at least not a very good one… Read more

The Last Days Of Gilda

Gilda loves cooking, men and life. But for her narrow-minded, religious neighbours this self-confident, independent woman who butchers pigs in her garden and has more than one lover, is increasingly becoming a thorn in the flesh. Read more

Passionate Emma and impulsive but introverted Tomáš fall in love. They are like two missing puzzle pieces coming together. But Emma’s pornographic past inevitably catches up with them. Read more

Fox In A Hole

When Fuchs starts his new job as a teacher in a prison school, replacing the old and unconventional teacher Berger against her will, he is forced to confront his biggest fear, triggered by the mysterious, withdrawn inmate Samira. Read more 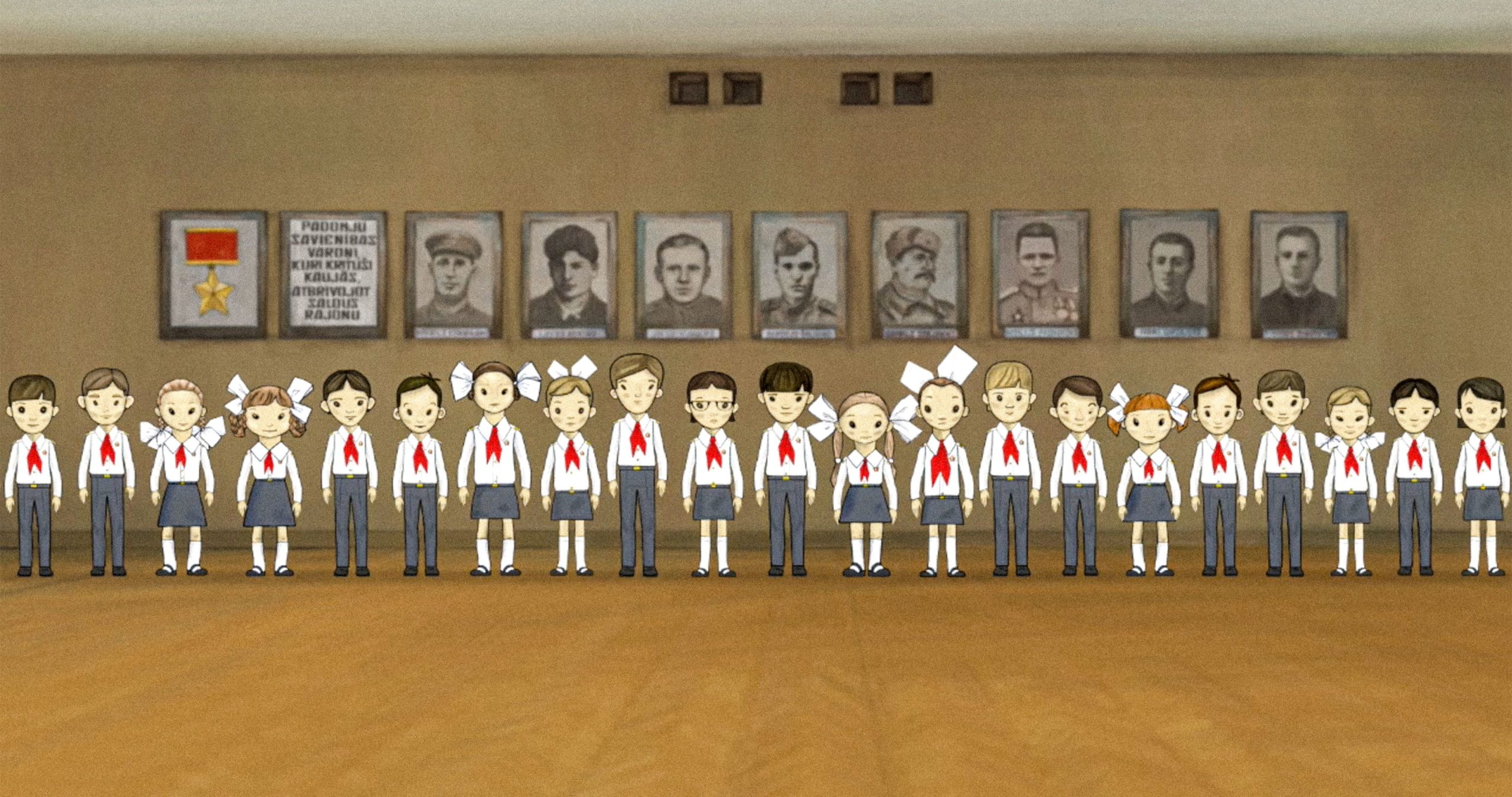 This is the personal story of the director, Ilze, growing up in Cold-War Latvia, USSR. It’s a coming of age story, a personal escape route from the mighty authoritarian regime’s brainwashing. An antiwar film, emphasizing the importance of an individual’s freedom being a democratic society’s fundamental right. Read more

An incredible but true story from Academy Award winning director Kristóf Deák.
In 1951 Budapest secret police barges into the life of an ordinary family, locking them up in their own home for days – along with all their visitors. Read more 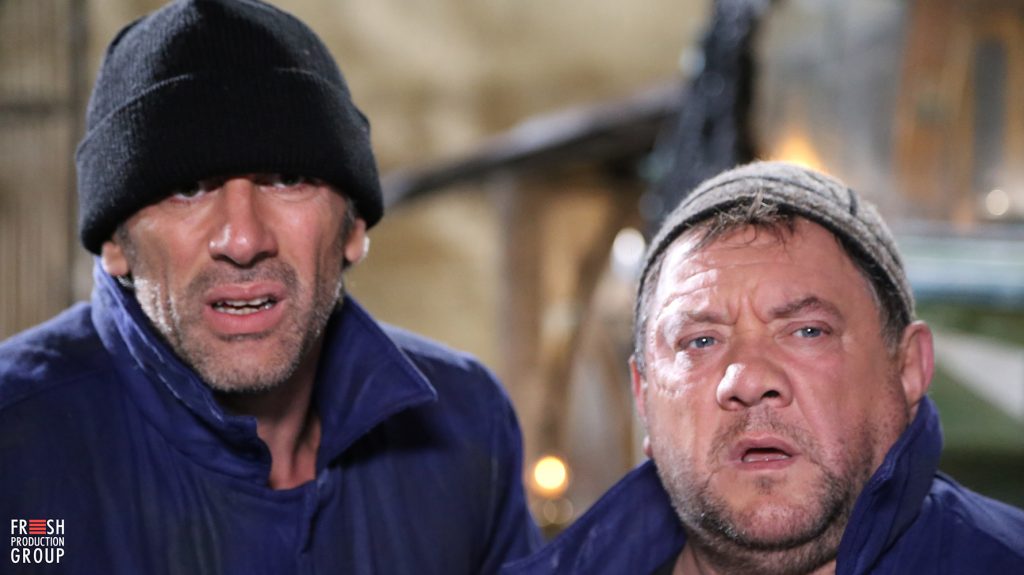 With Georgia’s capital under siege in 1992, unemployed film director NIKA sees a unique opportunity to escape the ravages of civil war. Read more

A dysfunctional group of wannabe survivalists hunkers in a bunker to prepare for doomsday.  But will their narcissism, delusions and jealousies end up killing them off before their long-awaited dream of a global cataclysm?
Read More. 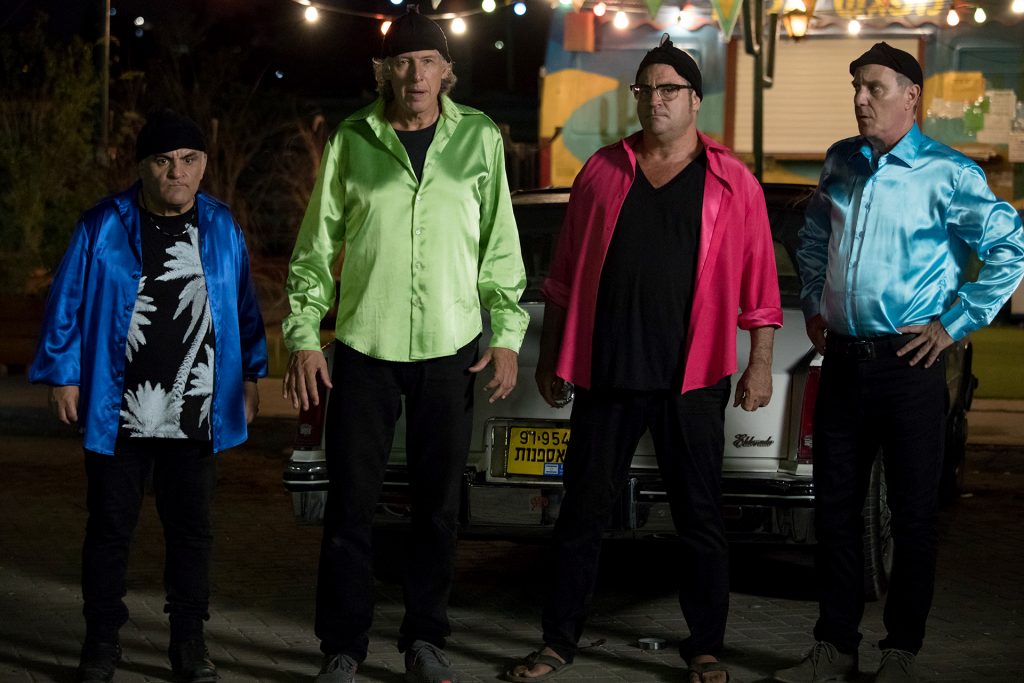 The Electrifiers is a coming of age comedy centred on a 60-year-old teenager. Mickey Tevel, the Electrifiers’ lead singer, keeps dreaming and believing he could take America by storm with his music. But when the geographical distance between Mickey and his fantasy is diminished, the distance between reality and dream becomes ever so clear, and forces Mickey to finally grow up.
Read More 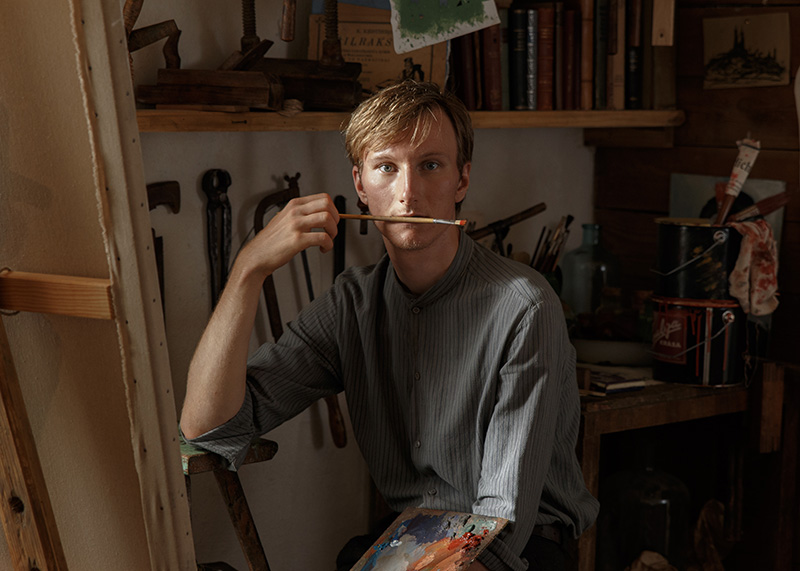 The Sign Painter is a tragicomedy about a young Latvian man (ANSIS) with simple dreams: to marry the free-spirited and beautiful daughter (ZISLA) of a local Jewish merchant and to pursue a career as an artist whilst supporting himself as a sign painter. But his dreams are repeatedly swept away in the tumultuous tides of serial totalitarian occupation of his home during the WWII era. Read More

INTERNATIONAL PREMIERE FOR „TIME OUT“ 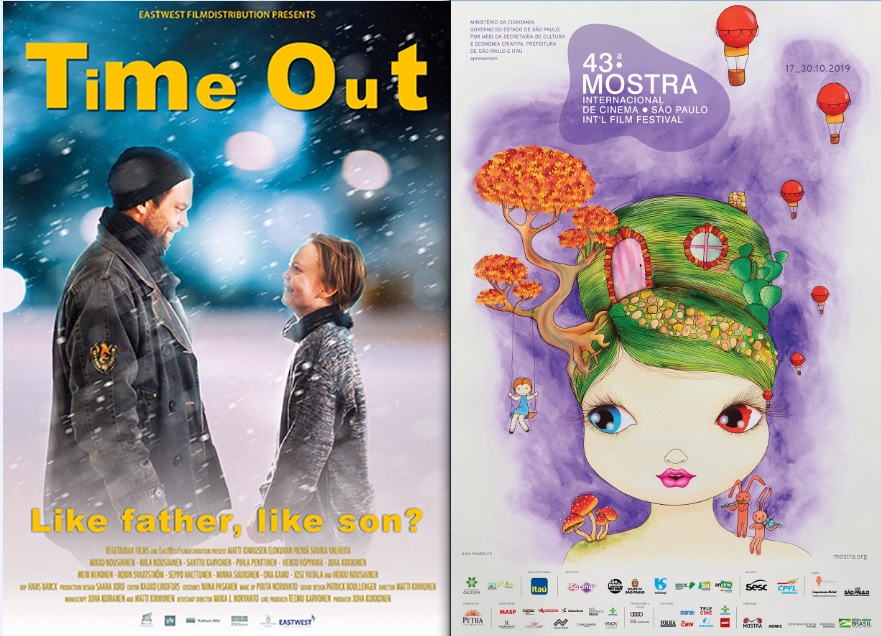 One of our latest acquisitions “Time Out” will finally be exposed to international audiences this year. On this year’s “Mostra Internacional de Cinema” in Sao Paulo, the finnish teen-drama will be screened amongst many other fictional films of different genres and countries. In total, visitors will get the opportunity to view the film on four different occasions and attend a Q & A  after the film. For this important event, the producers of “Time Out” have decided to come all the way from Finland to answer viewer’s questions.

The screening times are as follows:

We look forward to the international festival premiere of this film and wish everyone attending a nice screening! 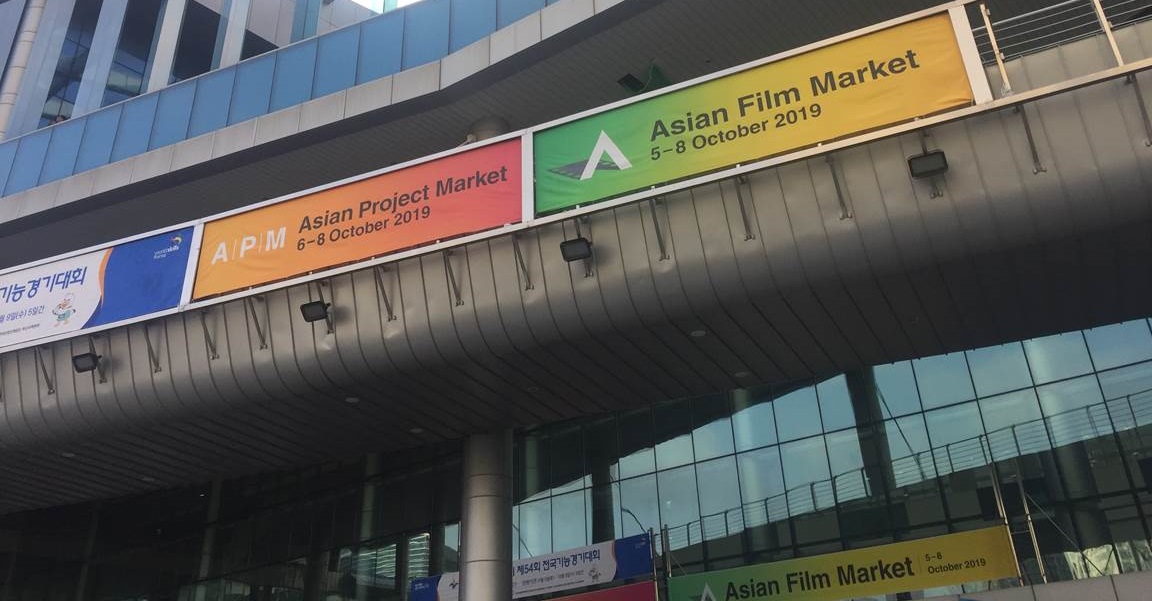 From October 5th to October 7th Eastwest Filmdistribution was represented at this year’s “Asian Film Market” in Busan, South Korea. The mission was to showcase our latest acquisition “The Accidental Rebel” alongside other recent acquisitions of different genres. During the event our representative Marek Poznerowicz managed to gain interest for our films from various companies. Over the course of the event, he managed to get different impressions from each day.

“Everybody arrived today. It seems rather quiet, as everybody still suffers from Jetlag. The few meeting that were held were conducted in a very relaxed manner. The atmosphere in general seemed very relaxed.

The day wouldn’t really become busy until the afternoon. It became very crowdy and it seemed as people almost got into a collective rush. The evening was concluded with a very nice, interesting welcome party.”

“The second day also provided the opportunity to negotiate with interesting business partners from all over the world. The day seemed less crowdy as the first, nonetheless it proved to be very busy. On the second day a little bit of spare time made a stroll through the city possible.

Busan at night provides interesting impressions across the city. The eastern Asian culture throughout the streets and roads is an intriguing change to the business related routine. A visit on the beach also provided a spectacular view during nighttime.”

“During the final day of the market, a lot of interest was gathered around the booth of EastWest once again. Many businesses, mostly from Japan, China, Taiwan and Korea showed interest in the catalogue of EastWest Filmdistribution. The interested fields of exploitations were also very diverse.

Throughout the market no deals were closed. Nonetheless, a lot of companies showed interest in a follow-up after the market. It also provided the opportunity to increase our network of contacts who also might be interested in collaborating with EastWest during future projects.

“The Accidental Rebel” Goes To Asia

Our latest acquisition “The Accidental Rebel” will be included in this year’s competition of the International Film Festival in Busan, South Korea. The festvial will hold four screenings of the film:

In addition to the festival screening, you can also catch our Sales Manager Marek Poznerowicz at this year’s “Asian Film Market” in Busan between October 5th and 7th. He will present “The Accidental Rebel” as well as additional latest acquistions from “EastWest Filmdistribution”. For more information about this year’s line up, click here.

He found peace. He found love. War found him.

The Accidental Rebel is a tense drama about a young musician who flees the Syrian civil war to attend university in Germany. Soon, though, his idyllic life is shattered by the news that his rebellious older brother has been captured by the army, and he leaves his German best friend and pregnant Icelandic wife to sneak into Syria ‘for a few days’ to try to rescue his brother. But nothing goes according to plan, and the conflict he sought to escape threatens to destroy not only him, but everyone he loves.

Revenge of the Necromancer

Who knew black magic had a dark side?

Revenge of the Necromancer is a supernatural thriller about a teenaged heavy-metal Satanist named Jimmy who wants to use magic to bring his dead mother back to life. But his occult ritual goes horribly wrong, unleashing a long-dead Necromancer who holds Jimmy’s mother’s soul hostage. Now Jimmy and his high-school friends must work together to save his mother’s soul and prevent the demon from conjuring an army of the undead, all while negotiating the equally troublesome landscape of budding high school romance.

A Story about unconditional Love

After WWII, a young woman named Anni defies her upper-middle class family of bakers by marrying Veikko, a young lumberjack and wounded war veteran. Together, the couple face poverty, illness, a hostile snow-swept environment and Anni’s equally hostile father, in a Finland that has been deeply divided by the war. As they struggle to build a home and a life in the Finnish wilderness, they discover the power of love, community and the land itself to provide the one thing they need the most: hope. Read More

Harri, a deeply troubled father seeking to reconnect with his son, Simo, soon finds that escaping his past mistakes will take more than moving to a remote Finnish village.
When Simo begins experiencing similar problems on his own, Harri realises that he must face his demons and for once live up to the standards he has set for his son. But in a provincial, deeply religious, close-knit society, steeped in envy and as cold as the snow that surrounds them, Harri will have to resort to the one thing he has feared the most: the truth. Read More

How does it feel to be a Hero?

Chris is a young police recruit with a special forces unit where the working atmosphere is rife with male rivalry, testosterone and peer pressure. On one of his first missions he shoots an aggressive man and is immediately celebrated as a hero. But the more his colleagues pat him on the back and protect him, the more he harbors doubts about whether he did the right thing. The very act of questioning the pact of brotherhood takes him down a dark and dangerous path. Read More

The Last Days of Gilda

Fox In A Hole

The Revenge of the Necromancer

Revenge Of The Necromancer

Echo of the Unicorns

We use cookies on our website to give you the most relevant experience by remembering your preferences and repeat visits. By clicking “Accept”, you consent to the use of ALL the cookies.
Cookie settingsACCEPT
Manage consent

This website uses cookies to improve your experience while you navigate through the website. Out of these, the cookies that are categorized as necessary are stored on your browser as they are essential for the working of basic functionalities of the website. We also use third-party cookies that help us analyze and understand how you use this website. These cookies will be stored in your browser only with your consent. You also have the option to opt-out of these cookies. But opting out of some of these cookies may affect your browsing experience.
Necessary Always Enabled

Any cookies that may not be particularly necessary for the website to function and is used specifically to collect user personal data via analytics, ads, other embedded contents are termed as non-necessary cookies. It is mandatory to procure user consent prior to running these cookies on your website.